Home Tools Wondering Why Your PC is Running So Slow? This Tool May Tell...

WhySoSlow is a system monitoring tool equipped with an analyzer that does a serious effort at analyzing your system to find why it’s running so slow. Currently released as a beta program, it’s intended to be built as a one-stop solution for checking all performance health factors of a system.

When installed and launched, it runs quietly as a snail in the system tray, analyzing and monitoring your CPU temperature and speed, running processes, memory usage, page file usage, disk fragmentation, power settings, responsiveness behavior of BIOS, devices and drivers and several other factors that may influence the performance and responsiveness of your system. You can always open the main program to see the process in real time. 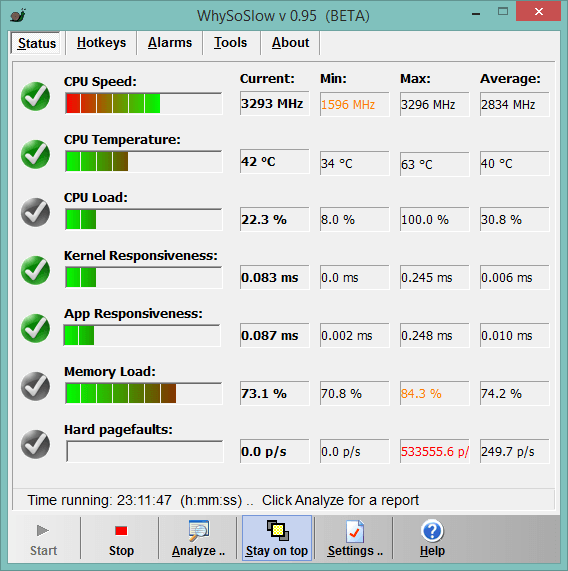 Upon request, by clicking on the Analyze button at the bottom of the window, the tool will perform a thorough analysis and provide you with a detailed report that includes the suggestions on the areas where you need to improve your system’s responsiveness and performance. 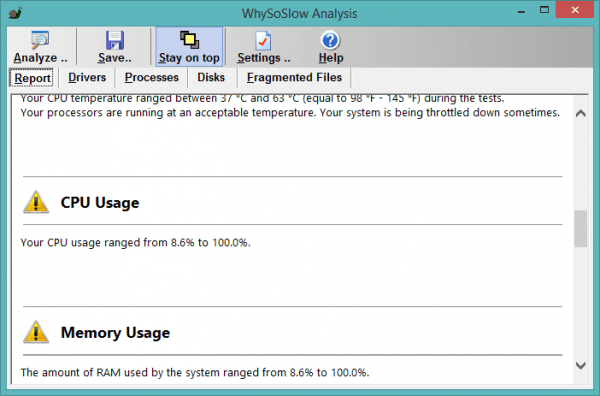 Here is the list of the features WhySoSlow carry:

By looking up the list, 2 things also quite stand out.

It provides a function called AntiFreeze which includes an emergency task manager for in case the system is truly unresponsive and the standard task manager cannot be engaged. 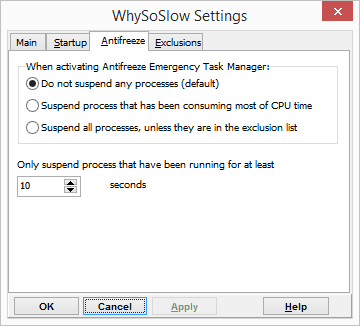 Also, you can configure a few alarms that trigger when certain criteria have been met, such as a CPU that reaches its maximum temperature or is being throttled down for too long. 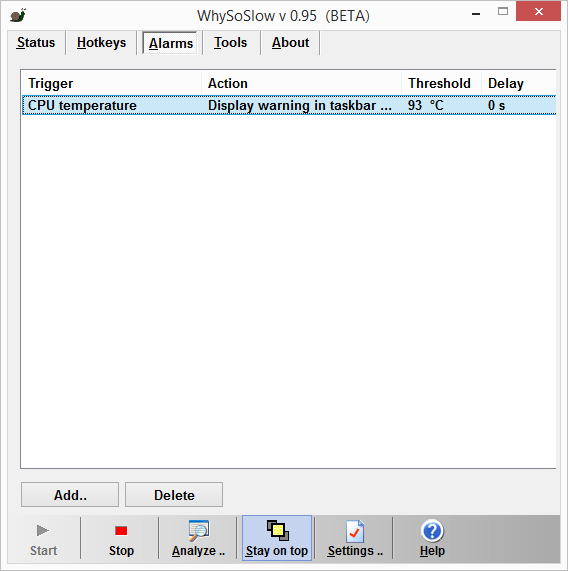 Overall, WhySoSlow is a quite interesting system tool that does both monitoring and analyzing. It’s definitely not for everyone. Mostly it’s for the savvy users who always want to know more about their computers. If you are one of them you should try it out next time when you find a computer that runs really slow.

Again, WhySoSlow is currently still in beta. Therefore, it’s free to try it out but not sure if it’s going to be a free version when the final version releases.