Streaming Xbox One games from Windows 10 is arguably one of the most exciting feature in Windows 10. If you own an Xbox One, this will be the best feature when you upgrade your PC to Windows 10. As a matter of fact, this probably will be one of the most used feature among all the other. As of last Friday, July 17th, Microsoft has officially rolled out a new round of Xbox One update to allow game streaming from the Xbox One app in Windows 10. 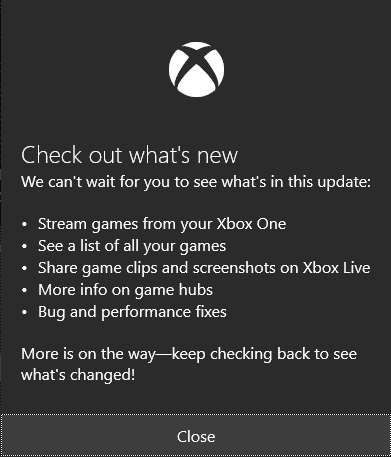 Launching Xbox One from Windows 10

To play Xbox One games, go to Start Menu > Xbox. You may need to sign with your Microsoft Account, the same one that tight to your Xbox Live account. 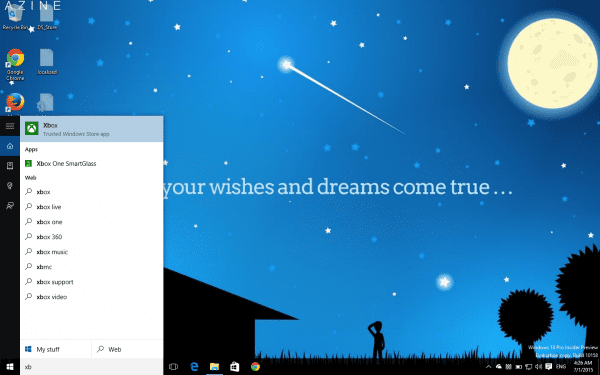 You only need to do this once, any subsequent attempt to open the Xbox app Windows will remember your logins. 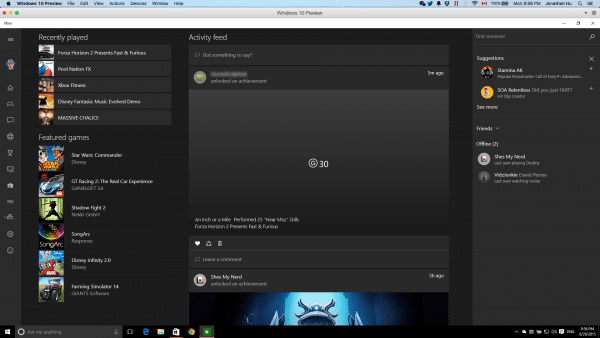 Once you are logged in, Xbox app will act as a dashboard showing all the relevant info. You can find recent games played, Friends online, achievements and more. 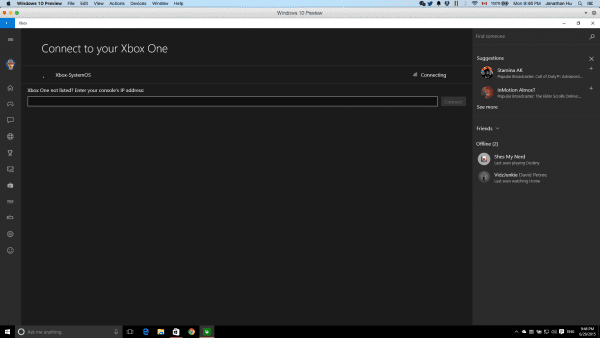 There is a lot you can do with Xbox App, but we will save that for next time. What’s cool is, under the console tab it will find your Xbox One console from the same local network. You can connect to your Xbox One from here. Wait there are more, you can even remotely turn on or off the console right from your Xbox One app. This is very convenient feature so you don’t have to step out to your living room to turn on every time when you want to play some games off Xbox One. Vice versa, turn it off when you are done Streaming games, or at least you don’t have to yell at Xbox to tell it to turn off 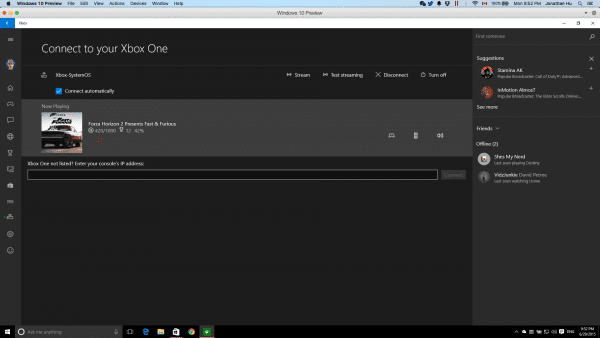 Speaking yelling at Xbox, if your Xbox One comes with a Kinect you will be able to toggle to turn on or off voice control right from the Xbox app as well. 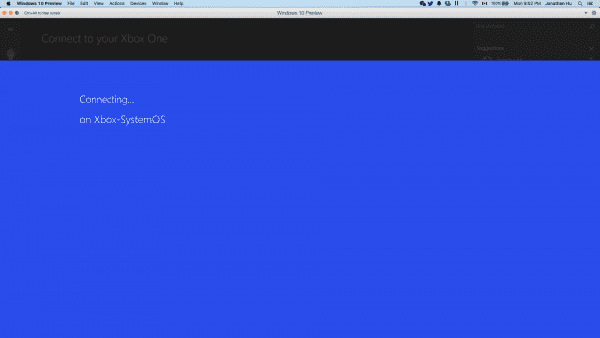 Next up, is the most existing feature and is the whole reason why we believe this will changing PC gaming once again. Connecting to Xbox One console. By default most Xbox One console will have a name something like “Xbox-SystemOS” showing, don’t worry you can customize and change this later. 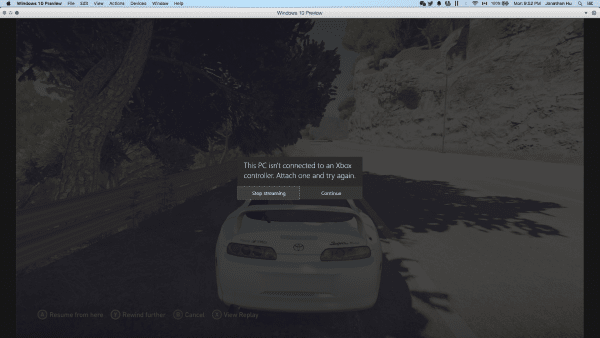 At this moment, if you don’t have the Xbox One controller connected to your PC it will prompt:

This PC isn’t connected to an Xbox controller. Attach one and try again

Windows 10 comes with Xbox One controller driver, that means all you need is a Micro-USB cable connect to your PC and it will be ready to use out of the box. You will find most android phones’ cable does the job, but it’s important to note that some reported Xbox One controller can be used purely without battery on with some Micro-USBs while others still require battery to power Xbox One controller. Microsoft recommend for the best experience connect both Xbox One and your PC via Ethernet. This will dramatically reduce the latency as well as improve the game-play streaming experience. There is a diagnose button that shows more details of the bandwidth and bit-rate status. Xbox One streaming on Windows 10 is essentially, streaming the entire Xbox UI in Windows. That means not only you can play Xbox One games, but also do launch application, download games, check settings etc. However, there are some restrictions on the type of Application you can use remotely via streaming. For instance, Netflix won’t allow you to launch while you are streaming Xbox One. This makes sense, as there is platform specific player that delivers better performance. While testing the new feature, I also tried out different types of game genres, played Role-based Assassin’s Creed IV: Black Flag and Watch Dogs both are very well coped with streaming. Latency are defiantly something you notice but can manage with. That’s it, if you have an Xbox One sitting in your living room. There is no reason to hold back and not upgrade your PC to Windows 10. This is by far the most exciting feature from Windows 10, from Microsoft and their Xbox gaming division. Microsoft has once again rekindle the generation of PC gamer to be proud again.