Still remember Flickr’s announcement its 1TB free storage for both photos and videos? If you are still looking for a reliable cloud space for backing up all your precious moments with low to no cost, why not giving Flickr a try?

With Flickr, it supports multiple ways to upload photos. You can upload right through its website, from a mobile device that runs either iOS or Android, or right from desktop computers that run either Mac or Windows. The Windows version of Flickr Uploadr recently got a revamped version that looks much slicker, cleaner than old versions. If you haven’t thought about using Flickr as your backup storage for your photos and videos, now it’s time. 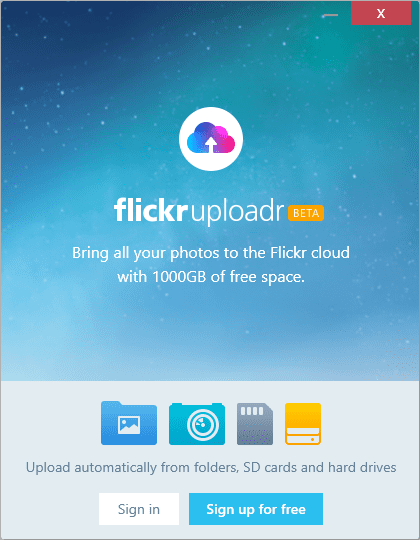 Sign in your account or register a new account if you don’t have one yet, you are ready to go. By default, it lists some common folders that contain any pictures, such as Desktop, Pictures folder. You can add any other picture photos, including Camera Roll folder in Dropbox, OneDrive, or any other cloud storage folder. 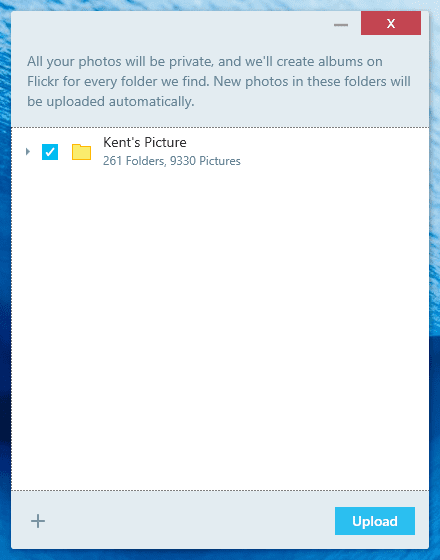 Since I have all my photos saved in one single folder, all I needed is just to include that folder and all photos inside this folder will all get uploaded automatically. 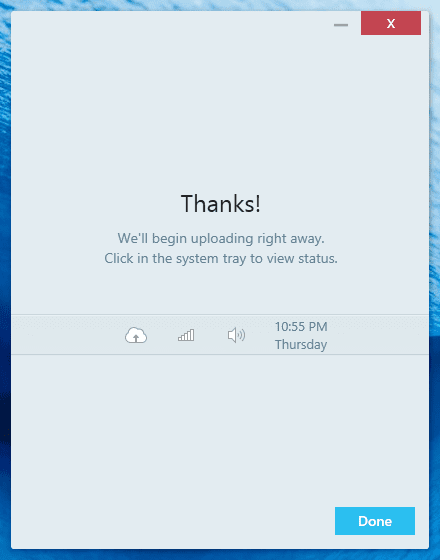 Don’t worry about being exposed with uploading your photos to Flickr. Any thing uploaded through Flickr Uploadr are kept private, meaning that no one but yourself can get access to to these photos on Flickr. And you are the only one deciding which photos to share and which are kept secret.

Also don’t worry about making duplications, as the new Flickr Uploadr introduced an industry standard de-duplication technology that effectively identifies which photos are already uploaded and which ones are new. See screenshot below, I have 9299 photos selected to upload but only 7543 are actually needed. 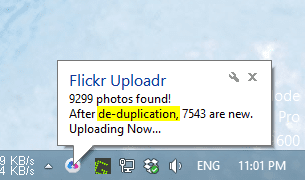 Depending on your Internet service and the amount of photos you need to upload, it could take hours or even days to get everything up to the cloud. You can minimize Uploadr to the system tray to get it out-of-the-way. You can always go check Upload status, or even pause upload process for certain time

Uploading data to the cloud sometimes could take all your upload bandwidth which could make you use Internet like a nightmare. To get a better smooth uploading experience, you should limit the upload bandwidth to certain speed to make some room for other internet activities.

How To Mount Dropbox, OneDrive or Google Drive as Local Disk...