Here at NOW, we are obsessed with finding the best tool to get the job done. That means even topics we’ve covered many posts before about an alternative command prompt for Windows, there are still rooms for improvement. In fact, we have aggregated a list of 4 better alternatives to Windows Built-In Command Prompt yet we are still finding a better alternative to the four we’ve already covered.

cmder is a portable command prompt replacement for Windows cmd (command prompt). But it’s more than just a replacement, it’s light years ahead of what the built-in cmd can do. (we know that Microsoft has dedicated time and effort to improve the command prompt in Windows 10, however, cmder still comes on top in many aspects.) If you are a power user, whether you are an IT admin or developer that needs to spend a significant chunk of your time in the command line cmder should worth your consideration.

cmder is a fork from ConEmu, one of the command prompts we recommended previously. Since cmder does not include a detailed documentation on their website on all the amazing feature they have. Here are some of the highlight features that I’ve come across after a few days of using cmder as my daily go-to command prompt on Windows.

Get Started with cmder

cmder does not come with an installer, it’s a portable executable that is packaged in a zip. After unzip, and running the main app you might be prompt for a new version update. 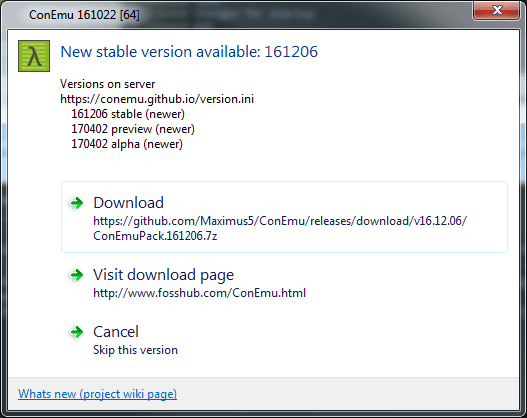 From here, you can also tell that this is still a fork off ConEmu, some of the dialog prompts still have not changed their title. 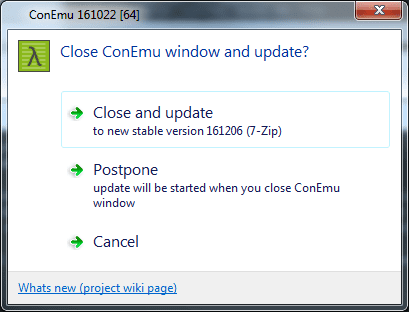 Once you finish updating, this is what cmder looks like. Already much better than the default Windows cmd. You can adjust window width, font size, and themes etc all can be easily configured. 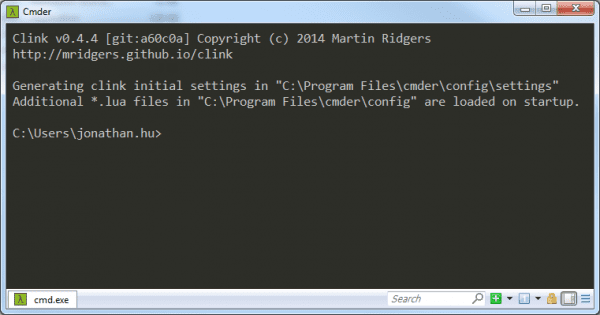 How to Open a New Tab with cmder 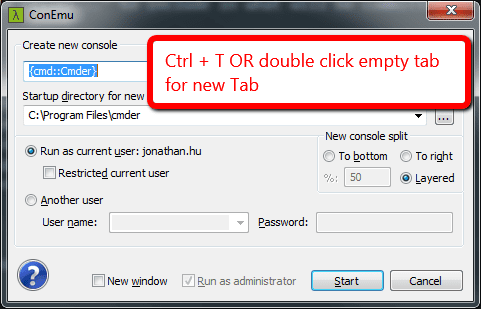 Build-in Git Support. Below is an example of a fresh Windows 10 machine that doesn’t have git installed. With cmder, you are able to run git. 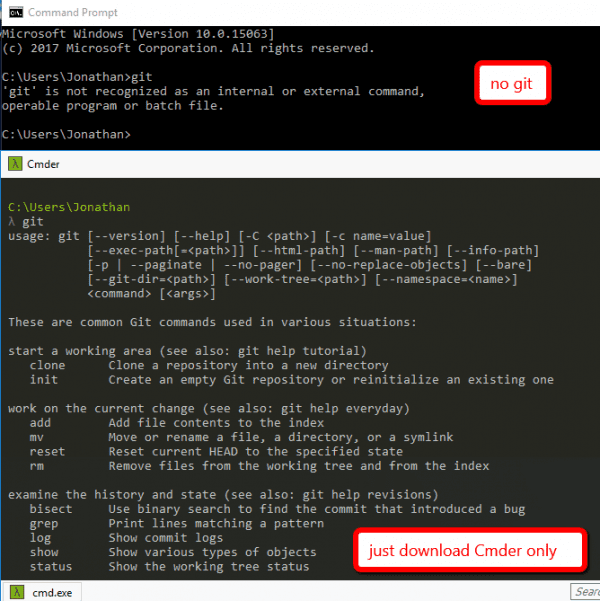 Below is an example of how search works. Just enter any text and it will search through history any text that was previously displayed in cmder. 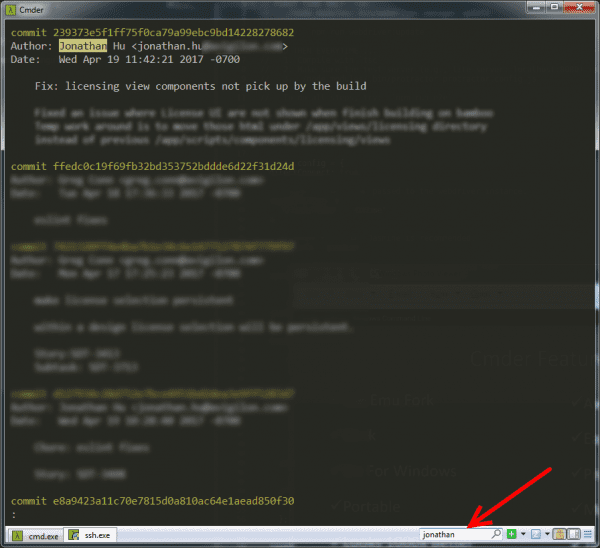 Cmder also ships with the ability to wrap its shell onto other terminals like bash and PowerShell. You will be able to run PowerShell commands in cmder after launching a new PowerShell tab. 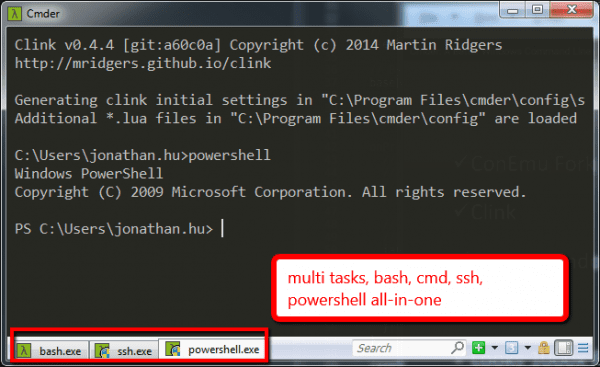 That’s an overview of what cmder is like and I’m sure you will find some if not at least one feature that you will find useful with your daily workflow. Give this a try and share this post if you like it!