If your Outlook started to block attachments recently due to the long filename or filename containing extra dot or characters that are not letters or numbers, blame on the Outlook updates released in June 2017.

The attachment blocked in the above screenshot is because it has an extra “.” (dot) at the end of the filename before the file extension.

Which updates are responsible?

Here is the list of Outlook updates that will block certain attachments once installed:

These are the security updates that fix the following vulnerabilities in Outlook that could allow remote code execution if a user opens a specially crafted Office file.

Because these are the security updates, it’s not recommended bypassing it or uninstalling it from your Windows. Here are a few workarounds that you can use to retrieve temporarily blocked attachments.

These updates don’t affect OWA access. So if you have access to Outlook Web Access for your email, you can open and read these blocked attachments. You can download them and rename them properly, and then forward them over to yourself or next person in your workflow.

Again, these updates have no effects on iOS and Android devices. So you can open emails on your smartphone and read the blocked attachments there.

If you have just got too many attachments being blocked this way, it’s probably a good idea to uninstall these updates for the time being. However, massively uninstalling this update through Group Policy or script in a large network is still not recommended. 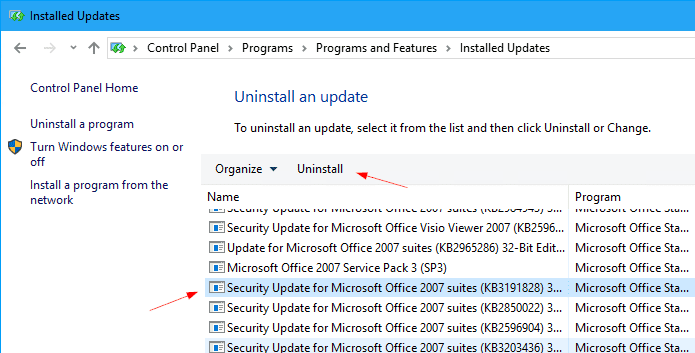 You will need to restart your computer after uninstalling the update.

That’s it for now. Hope it helped.