Over the years we’ve shared an enormous number of screen capture tools, most of which do one thing well, that is to take a screenshot of your current window and save it to your computer. The trouble is, how to access those screenshots you’ve taken from different devices. Sure you can put the screenshots in a Dropbox and share them, but this is an additional step that can be easily avoided with a clever use of Evenote’s build-in screen capture capability.

How To Take Screenshot with Evernote

If you have Evernote installed, press

+ PrtScn will trigger Evernote’s screenshot capture tool. Just drag the area of the screen you’d like to save it will auto save to Evernote after completing a selection. 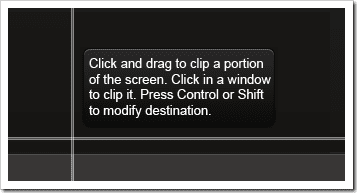 Pretty cool right? The screenshot never goes into your computer’s local directory. It saves the image straight into the application itself. By default it will save the screenshot to the default notebook or a current opened notebook. You can change this to configure it to save to a dedicated “Screenshot” notebook for easier access.

How To Change The Default Screenshot Notebook Location

First, create a Notebook if you haven’t. 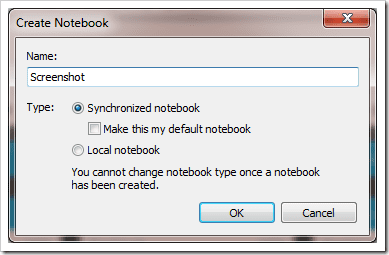 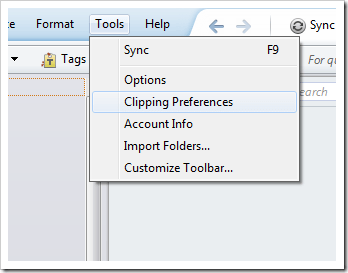 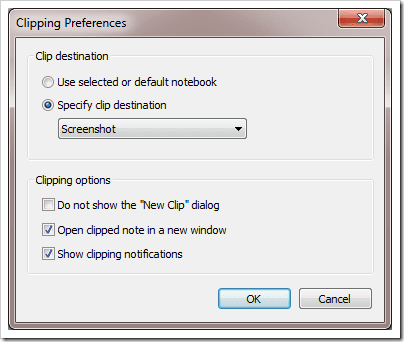 Select the Notebook you want all your screenshots to be stored in. 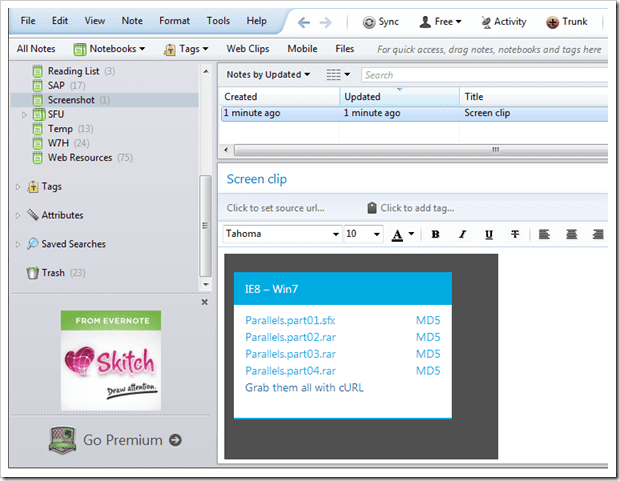 Now when you taking a screenshot with

+ PrtScn it will now automatically save to your Evernote’s notebook.

The trick works great, but there is one down side. If you plan to use this feature a lot, you might hit the 60 MB cap per month easily with a free Evernote account. Each image will be at least few hundred KB, the amount stack up pretty quick. But if you don’t care of this limit, then be sure to give it a try !