Windows 10 comes with more than a dozen universal apps installed whether you like or not, namely Calculator, Calendar, Mail, Camera, Cortana, Groove Music, Maps, News, OneNote, People, Photo, etc. While most of them could be very useful to us, some other apps may be completely useless. Uninstalling these default apps sounds unnecessary. In fact, it’s not so easy to do because you can’t find them in Control Panel or Settings app. But if it bothers you seeing these unused apps, here is how you can remove them from your Windows 10 computer.

That’s right. It’s one of the reasons why PowerShell is called Power. You can use one simple cmdlet to uninstall any universal apps you will never use, except Store, Edge, and Cortana, since they are system apps that are so essential for Windows 10 to run smoothly.

You can right-click the Start menu and choose Windows PowerShell (Admin). 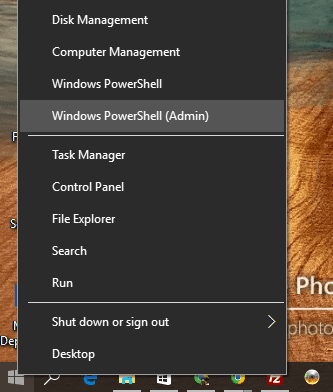 Then, find out the PackageFullName

We need to find out the PackageFullName, which is required to remove a particular app. We can use the following cmdlet to find all available apps for all users.

You may be surprised by the number of packages showing up on the screen. It’s just too many to follow through. Now, let’s filter them out a bit using Where-Object. For example, here is how to list a list of apps titled with Bing. 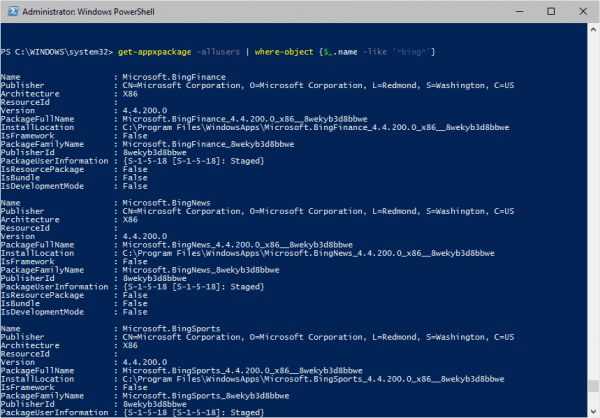 It looks way better. Now, let’s go through it to find the app you want to remove, highlight the PackageFullName of the app and press Enter to copy it to the clipboard.

Time to do the real work. The cmdlet that does the removal is Remove-AppxPackage.

To remove a particular default app

Just type the cmdlet and follow by pasting in the PackageFullName right after. The following command will remove Sports app from Windows 10 for the current user.

Or pipe through the result from Get-AppxPackage, like below: 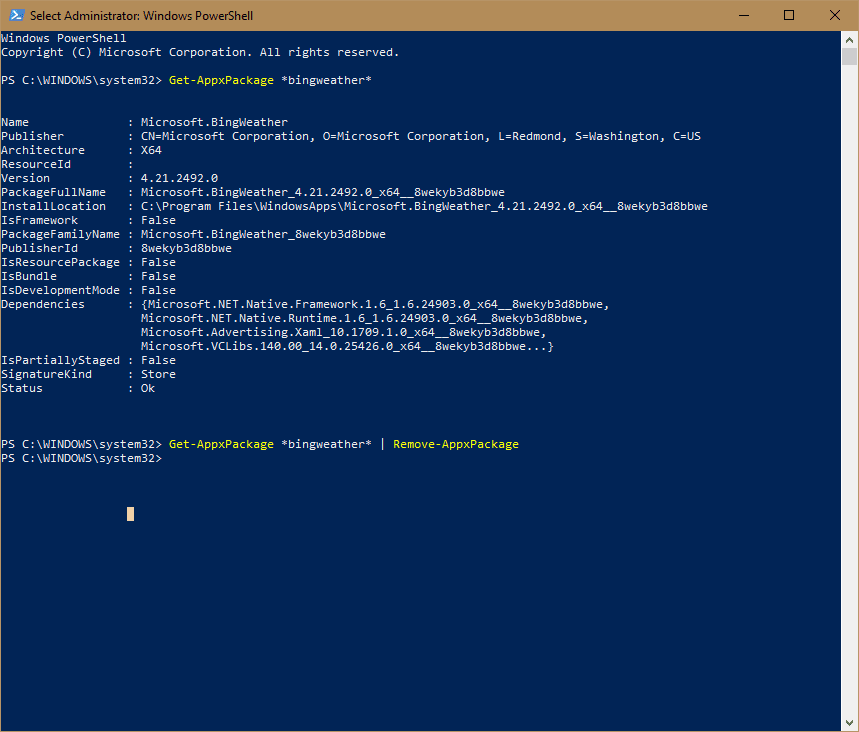 Note that this only removes the app for the currently logged-in user.

To remove a particular default app for all users

Use the following cmdlet:

To remove all default apps for all users

To remove all default apps except Store app for all users

You can re-install any of the default apps later from the Store app since all of them are listed in there you can install individually and separately.

What if PowerShell is too much for me

Luckily, here is a freeware utility called Windows 10 App Remover that can help you with that. 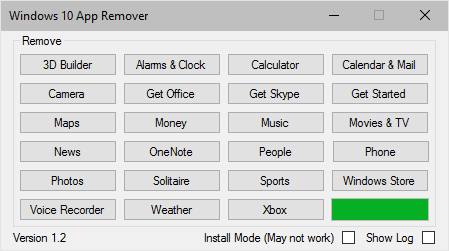 Simply select the apps that you want to remove, click Yes to confirm, and the selected app will be removed within seconds. I’ve tested on my Windows 10 computer and it works well.

There is a PowerShell script called Windows 10 Debloater on Github that you may also want to check out.

10AppsManager is another freeware that will allow you to uninstall easily and reinstall the default, built-in, preinstalled Windows Store apps in Windows 10. It supports on both 32-bit and 64-bit of Windows 10. 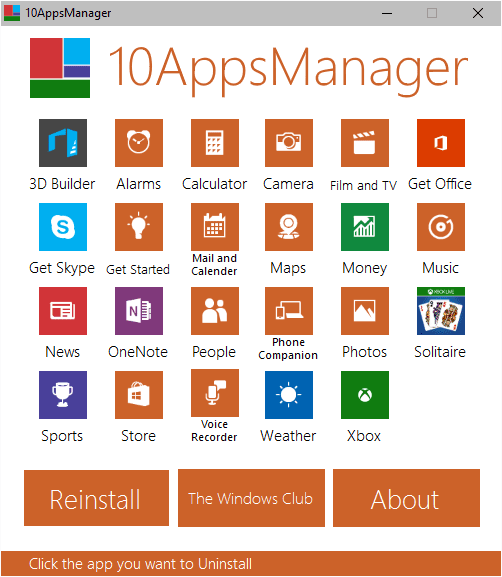 CCleaner, the very popular tool for cleaning your PC to protect your privacy and makes your computer faster and more secure, released a new version 5.11.5408 that allows you to uninstall easily these universal apps that come from Windows 10 or 8.1 installations.

Simply go to Tools section, click Publisher tab in Uninstall to have all universal apps listed together. Highlight the one you want to uninstall, and click Uninstall button to remove it. You won’t be able to do bulk uninstall but one at a time only. 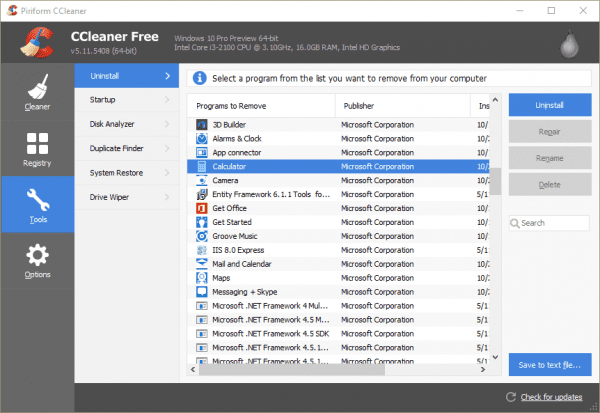