Several tech sites reported a tool called Software Repair Tool made by Microsoft and claimed that it would be fixing the issues with the Windows 10 Anniversary Update. But a few things raised my eyebrow, though.

But the executable file’s properties tell me a copyright information dated back in 2015 with Microsoft Mobile Oy. That’s the former Nokia division that is no longer existed anymore. 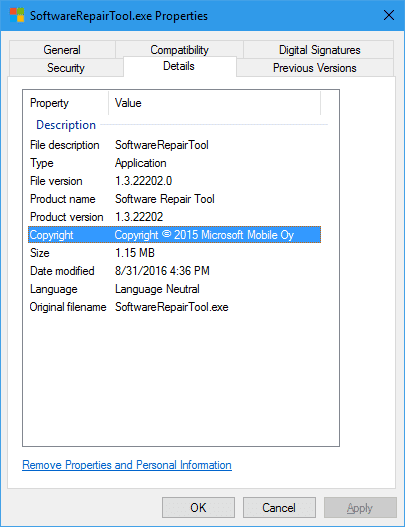 When I tried to launch it, the UAC window revealed a different name, Microsoft Self-Healing Tool, that asks me the permission to run. 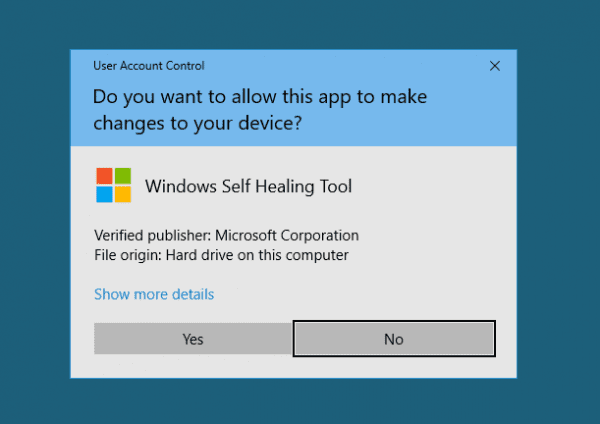 That’s pretty much enough for me to go further. But ZDnet’s Ed Bott kept digging deeper and found enough evidence to convince him to make his own advice, stay far away from this “Windows Self-Healing Tool.”

While the tool is indeed being distributed from Microsoft’s server and is digitally signed by Microsoft’s code-signing certificate, it has nothing to do with the Anniversary Update. It simply runs a set of PowerShell commands to automate a set of tasks to reset a Windows 10 device with a nice fancy GUI wrapped around. As Ed pointed out,

The trouble is, this tool was built for internal use by support techs trying to resolve update issues on Surface devices. It was never authorized for general release, and it does far too much to be unleashed on an unsuspecting public with no documentation. 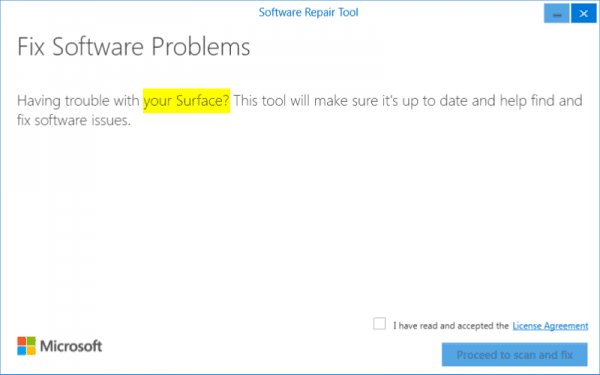 It also may potentially screw up your devices because:

By themselves, the PowerShell commands are safe, but the combination can have some unintended side-effects. For example, it deletes any custom power schemes and reinstalls Windows 10’s Universal Windows Platform apps, deleting their saved settings. One command also makes it impossible to uninstall any previously installed updates, which is why this sort of brute force reset should be a final step in troubleshooting.

Yeah, I would stay away, just to be safe.