Netstat is a windows network command line that displays network protocol statistics as well as the current TCP/IP connections. It’s an old school command line often used for troubleshooting network connections, checking computer open ports, and getting some statistic information about your network. If you’ve used Windows for a while, you may have already known this command very well. But in case you don’t know, let’s take a short tour to see what this is all about.

To start, Netstat is a command line that can be launched within Command Prompt window. It doesn’t require to be run as Administrator so a quick Win+R, type CMD, press Enter should do it.

Running netstat without any switches gets an overview of all incoming and outgoing network connections, including protocols being used, local or remote IP addresses, and the current status of the connection. 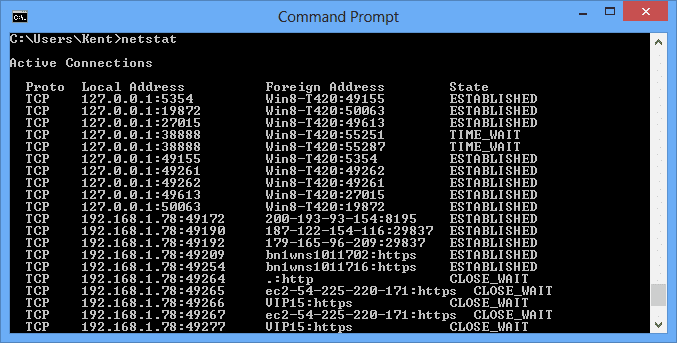 The column of State tells you whether the connection is alive. Established means connected, while Time_Wait means not.

The number displayed after the colon in the Address columns is the network port being used in the connection. It helps identifying whether the certain ports are open when troubleshooting the network problems. With the switch -a, it displays open ports and open connections current being used on your local computer. 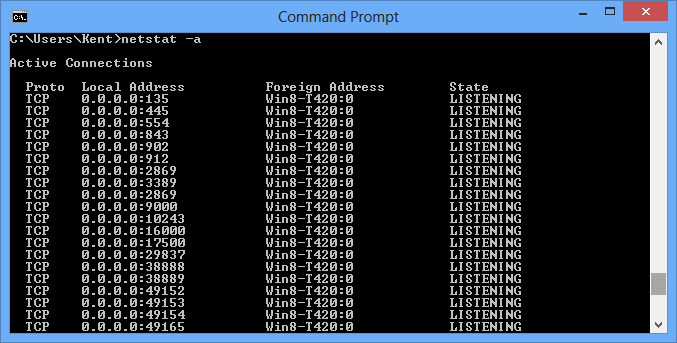 See these Listening states in the connections? And the number 135, 445, 554 ports are current open on this particular computer?

You don’t need another 3rd party tool to tell you these. This netstat -a command is all you need to find out. 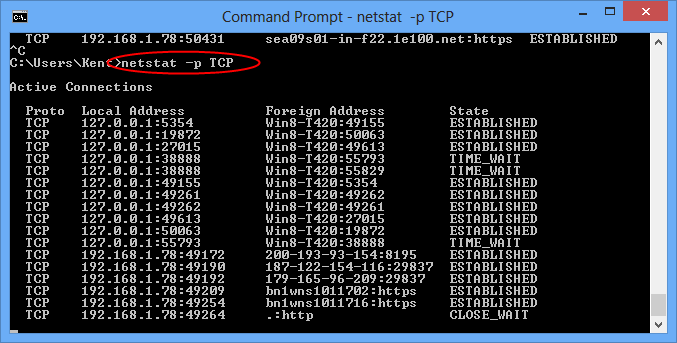 netstat -e displays network stats about the packets transmitted and received, while netstat -s displays the stats for each protocol in details. 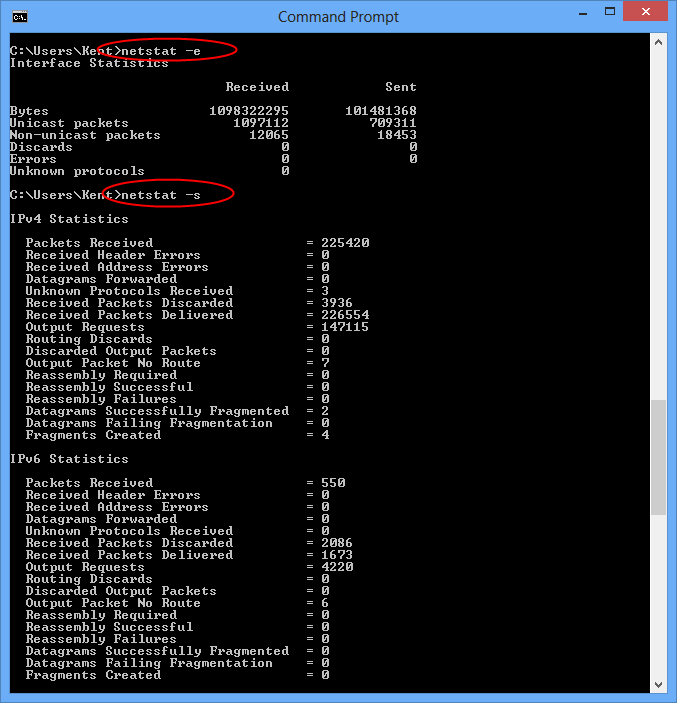 As you can tell, netstat -s provides much more information than using -e. You can combine it with the -p protocol switch to only list the stats for the specified protocol.

Want to learn more what other things you can get from netstat? Try netstat /? which basically lists all available switches you can use with the command.