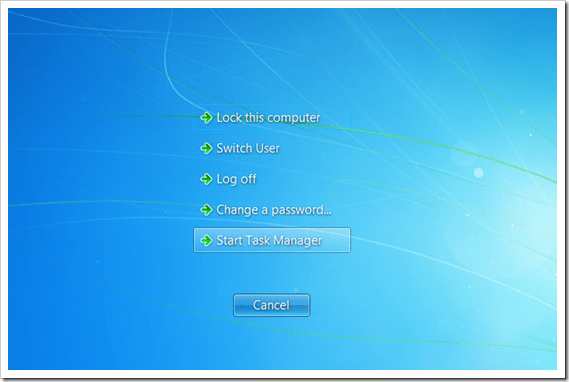 Are you launching Task Manager from this screen? If so, time for a change. Why? Because it’s slow. And why is it slow that way? Here is the explanation from The Old New Thing.

When you press Ctrl+Alt+Del, the winlogon program receives the notification and switches to the secure desktop, and displays the Ctrl+Alt+Del dialog. When you select the task manager from that list, it supposes to launch taskmgr.exe, but can’t because it’s on the wrong desktop running under the wrong security context. So in order to get Task Manager to appear on your desktop with your credential, winlogon needs to change its security context, change desktop, and then launch taskmgr.exe. And changing desktop is slow.

On other hand, launching Task Manager directly from taskbar doesn’t need to go through all these, the Explorer process just launches taskmgr.exe via the normal CreateProcess call under the same credentials on the same desktop.

So let’s stop doing the wrong way. Instead, simply right click on your taskbar and launch Task Manager there. Or, even better, use the keyboard shortcut, Ctrl+Shift+Esc. 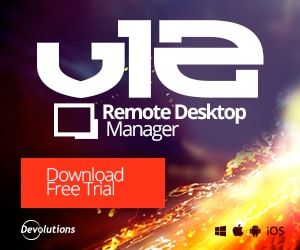 How To Keep A Window Always on Top in Windows 7