To have a hidden notification icon to show up on the Taskbar in the system tray next to where the clock is in Windows 7, you just click that little up arrow and Customize… link to open Notification Area Icons Behaviors control panel applet. And then change the behavior of the particular icon to “Show icon and notification“.

But you won’t be able to do the same in Windows 10 since the notification area has been re-written and totally works in a different way. There are still icons hidden in the same Notification Area, but there is no Customize anymore to change their behaviors. It’s all consolidated in Settings app.

Open Settings app, go to Personalization, Taskbar, and then click “Select which icons appear on the taskbar.” 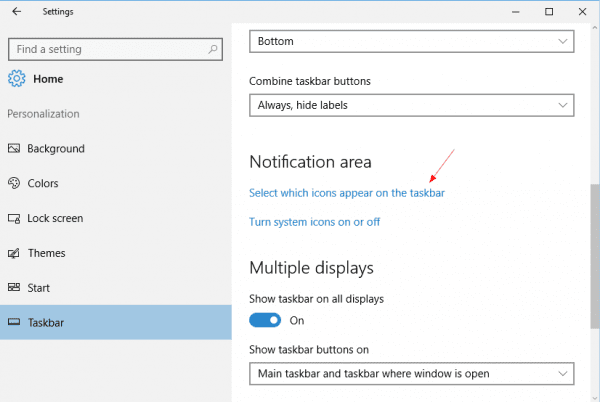 Then switch ON the app(s) that you want to show up on the taskbar in the System Tray right next to the clock. 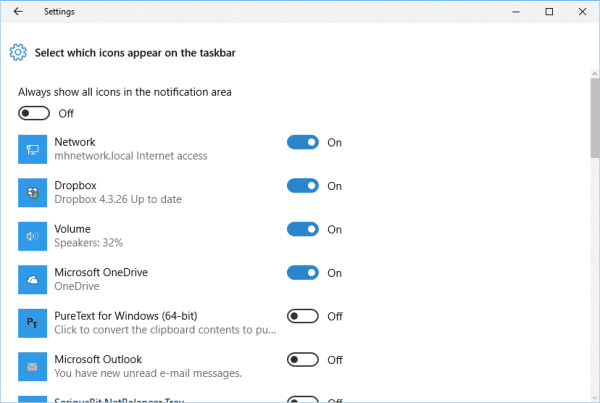 As you can see, I switched both Dropbox and OneDrive’s icons ON so I can directly interact with both apps right on the taskbar without going to the hidden area to find them.