So the question is, can we combine them to have a keyboard shortcut like Win+Alt+PrtScn to take the screenshot of the active window and automatically save it to a file?

Microsoft listened to this request and finally added this keyboard short to the Game Bar that can be used not only a screencast tool to record videos of the games but also a screen capture tool to take a screenshot of any program window as well.

Go to the program you want to take a screenshot, press Win+Alt+PrtScn keyboard shortcut together at once.

You will see a message “Screenshot with Game bar? We’ll mark this as a game” popping up at the bottom of the window. 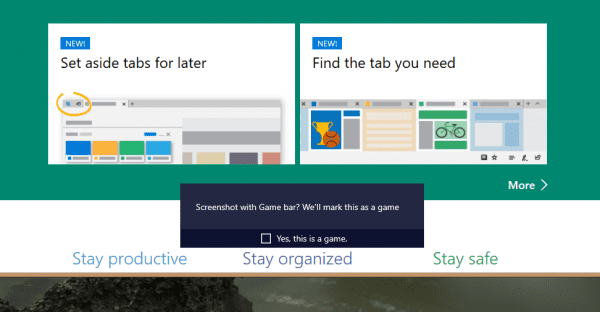 Click on the “Yes, this is a game” option box, the screenshot of the current window will be saved and you will get the “Screenshot saved” notification in Action Center, like below:

The screenshot will be saved in Captures folder under Videos, which is different from using Win+PrtScn. A bummer but no big deal. 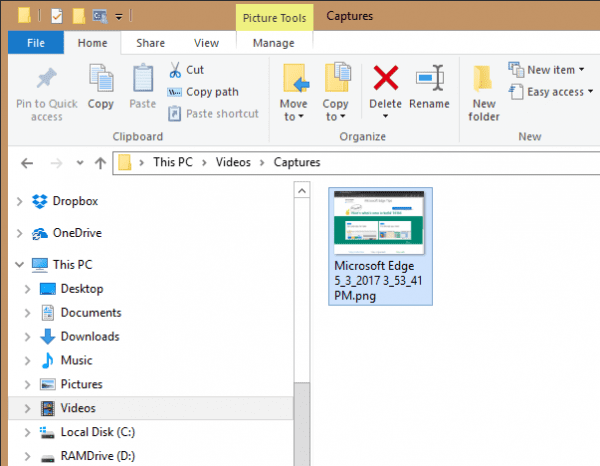 While it works relatively well, there are two things I’d like to point out. First, it only captures the content of the window without the window frame and title bar. Second, it doesn’t work in File Explorer and on Desktop but should be working fine with any other programs.