Well, this still remains the same. The default user profile location is still in %SystemDrive%\Users. While it may make sense with the new roaming user profile introduced in Windows 8, it’s still a valid point that the user profiles sit in the different partition to separate the system and data, especially in cases such as running OS on SSD while preferring saving data on a larger HDD, preferring saving all data inside user profile, etc..

Fortunately, the old trick still works pretty well, and you can definitely still follow the instruction described there to change the default user profile location. But this time, I am also introducing a maybe easier way to do it without involving any registry change.

Precaution: make sure you follow the exact steps described here to avoid the critical system crash. A good system backup is strongly recommended before doing this.

Boot to your bootable Windows 8 disk or USB, instead of choosing Install Now, click Repair your computer at the bottom of the popup. 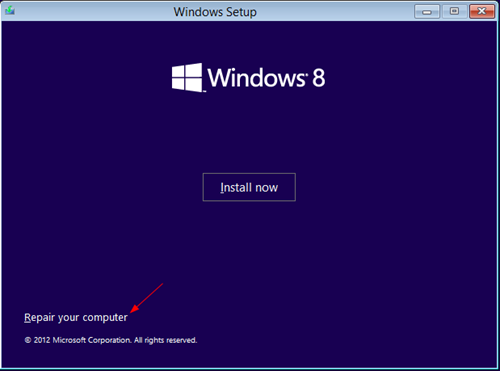 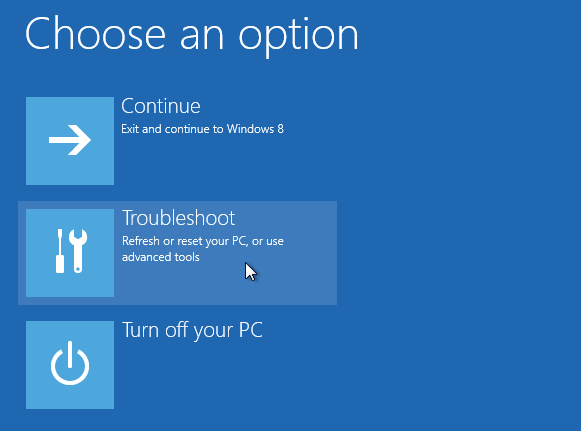 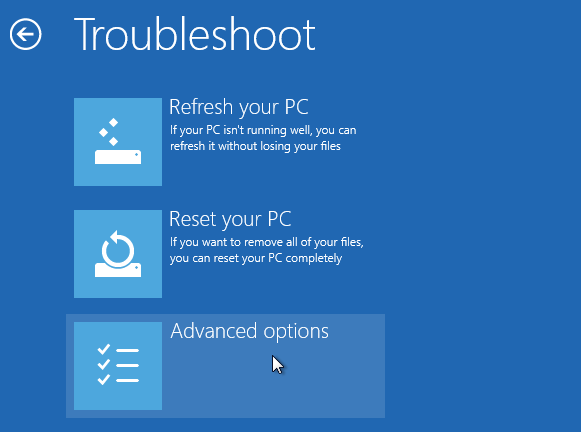 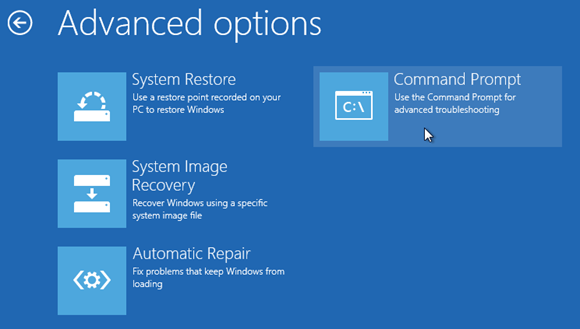 First, locate both partitions’ drive letter first in the opened Command Prompt window. And use either the built-in xcopy or more powerful robocopy to copy %systemdrive%\users to the different location. Unless you are concerned about the security settings assigned on the existing user profiles, xcopy.,exe is good enough.

Important notes: before you do the xcopy make sure you pick the drive letter that hosts your system. Often time, if your computer has a reserved partition that stores the manufactory installation image files, it will take over C, instead of your system drive.

When prompted, type “d” for directory to go on. The switch /s to copy the whole folder structure over including the empty ones, and /h to copy the hidden files and folders. The latter switch is extremely important to ensure everything is copied over. 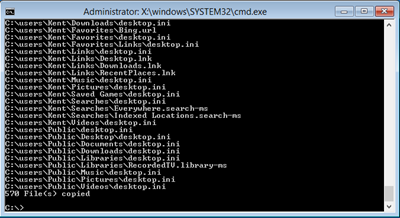 Once it’s successfully done, time to:

Yes, once you have successfully copied the whole c:\users folder over to the new partition, you will have to completely delete the original location to move forward. To do so, easily execute the following command. It would be a good idea making a backup of the Users folder before deleting it. Renaming it also works. 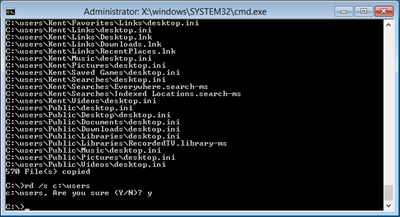 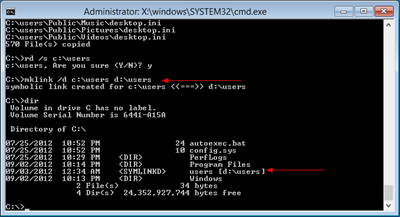 That’s it. Type Exit, and continue boot to Windows 8. All user profiles will be working off at the new partition once the computer reboots.

You will notice the slight change in the c:\users folder. It’s actually a link rather than a folder. Going to it results to explore the files that in fact are in the different location. It’s completely transparent to the system so it treats it still like a physical folder. 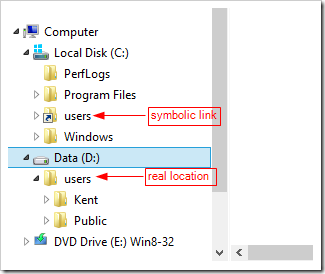 Using a symbolic link to trick the system to think that the user profiles are still at the same default location certainly works better. Not only does it involves no messing around the registries, but also avoids the compatibility issues caused by software that hard codes the user profile using c:\users by default.

A few tips why it doesn’t work for you

A lot of commenters claimed that this method doesn’t work for them, either the symbolic link could not be created, or the metro apps crashed after making this change. Well, the simple fact is that it works. It works very well on my machine that has SSD as the main boot partition and a larger regular HD holding all my data and users folder. Both desktop apps and metro apps run without any crash.

Then you may ask why it doesn’t work on yours. Here are a few tips for you to check.

First of all, this has to be done in the repair mode, which is the only way where you can access the users folder freely without any folders being held up.

Secondly, for those experiencing the problem creating the symbolic link, it’s most likely because your main booting partition drive letter has changed when booting to the Repair mode. Your main C: drive could become D: or even E: when it’ s in the repair mode. Try to find the right drive letters for both boot partition and the target partition before copying the users folder and making the symbolic link. The magic point here is that the system is smart enough to know where the link points to.

Then, when using XCOPY to copy over the user profile, remember to use all the necessary switches to make sure the complete users folder are properly copied over. The best command line would be like below, which I’ve also updated it accordingly in the post above.

Assume that C: is holding the Windows 8 boot partition and D: hosts the users folder.

As quite a few commenters mentioned below, the switch /b worked perfectly for them. Since /B copies the symbolic link itself versus the target of the link, it makes sense including it in the command line to make sure everything is copied over completely.

If all failed in the end, you can still use this always work registry hack to change your default user profiles folder location.

For those who are experiencing the metro app crashing issue, please make contact to us via this form. I am really interested in why it happens on your computer, and would like to have a few screenshots of your system settings to troubleshoot.

How to fix Metro App crash after moving the users folder?

Quite a few W7H readers reported that almost all metro apps crash after moving the users folder. The reason being is because the security settings are either missing or lost during the copying. It’s important to use the correct switch in XCOPY to copy the users folder so that all properties of the files and folders are carried over.

If somehow that happened, try to check and  apply Read & Execute permission to ALL APPLICATION PACKAGES to at least the following two locations. 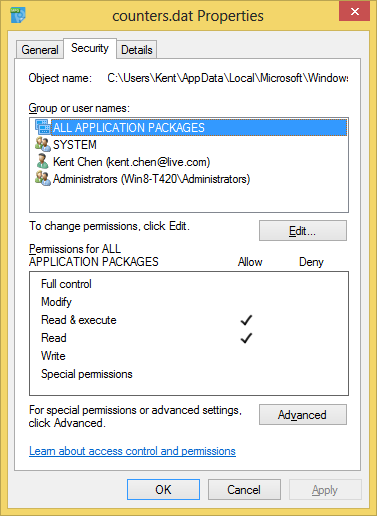 Thanks to W7H reader Sam for the info from SuperUser.