Temperature is a very critical condition to a computer, especially to the key components like processor (CPU) inside your computer. But how can you check and monitor it before it’s too late?

There are basically 2 ways.

2. Download small utilities that enable you to monitor your CPU temperature.

For some tools out there some only support either Intel or AMD, but this Core Temp tool supports both AMD and Intel CPU. It also supports 64-bit edition as well. 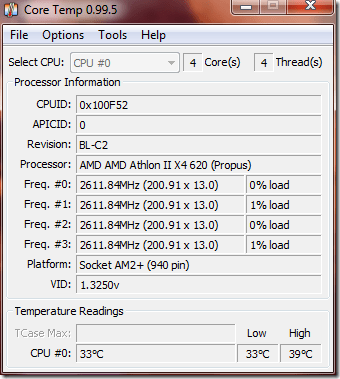 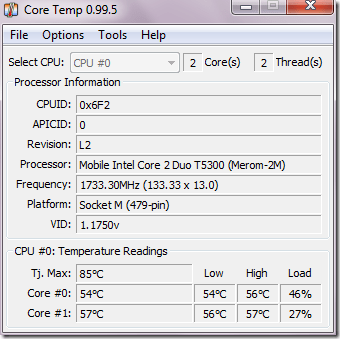 The uniqueness of it is that it shows the temperature of each individual core in each processor in your system! You can see in real time how the CPU temperature varies when you load your CPU. It’s also completely motherboard independent.

However for AMD, it only shows the whole temperature rather than individual core

It also shows the number in your notification area as well.

The installation package of CoreTemp contains a few adware that require your permission to be loaded onto your computer during the installation. Make sure click the Decline button to say “No” to any of them. What you need is only the Core Temp, nothing else.

That’s it. It’s a small tool that enables you to monitor your CPU temperature. As I’ve mentioned before in one of my post on how you can monitor the temperature of your hard drive. You should always have an idea of how hot your CPU is. It’s also an important tool when you are over-clocking your CPU. You don’t want to over-heat your CPU.

It’s also worth mentioning that Core Temp is also now going mobile that helps you monitor the processor temperature in your Android and Windows Phone devices.