Home Windows 10 Windows 10 Has A Screencast Recording Tool Built-In, and Here is How...

Yes, Windows 10 has a screen recording feature built-in, and it’s part of Xbox integration, known as Game Bar. Here is how to use it, very easy, intuitive, and works seamlessly with any apps you want to record.

First of all, open the app you need to the screen recording, and press Win + G. If this is the first time you are doing this, the following pop-up pops up inside the app.

Click Yes, this is a game, the Game bar shows up.

Then, click Red dot icon or press Win + Alt + R to start recording. A red timer will show up at the upright corner indicating how long the screen has been recorded. 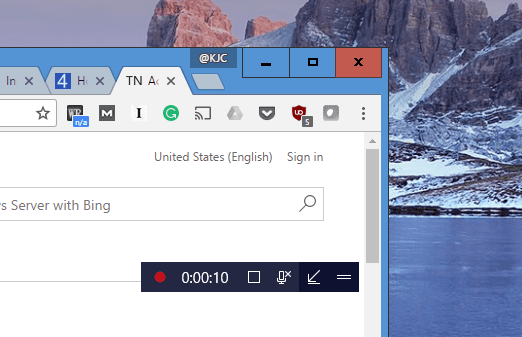 The nice thing is that Xbox remembers the Game Bar setting in the app so next time when you open the same app, you can start recording or screen capturing directly without press Win+Q to bring up the Game Bar.

You can also tweak the recording settings by clicking the Gear icon on the Game Bar. Check the option “Record game in the background” to turn on the Background recording. 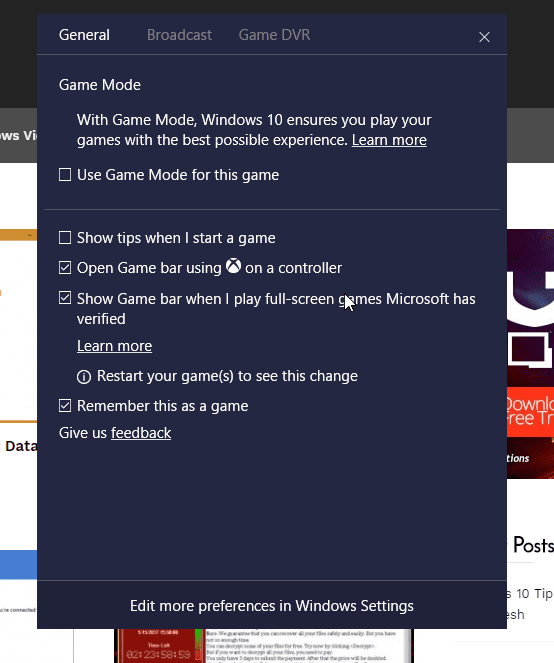 The video is saved under Captures folder in Videos as an MP4 format that you can replay on most of the media player. You can also find the recorded videos in Xbox under Game DVR, and view or edit them right there. 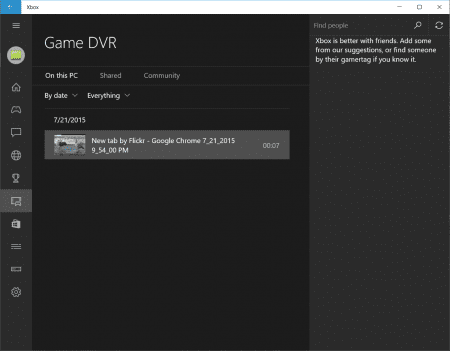 There are a lot more settings you can tweak in Gaming section in the Settings app, such as customizing your own keyboard shortcuts for the Game bar, turning on/off audio recording during broadcasting, deciding whether to use the Game Mode, etc. One thing I’d like to point out is that the duration of a recording is maxed out at 1 hour by default. You can change it to either 30 minutes or 2 hours in Game DVR section. So if you are planning on a longer session, you either use a different screencast tool or make yourself ready during the session so you can keep recording it when the time is maxed out. 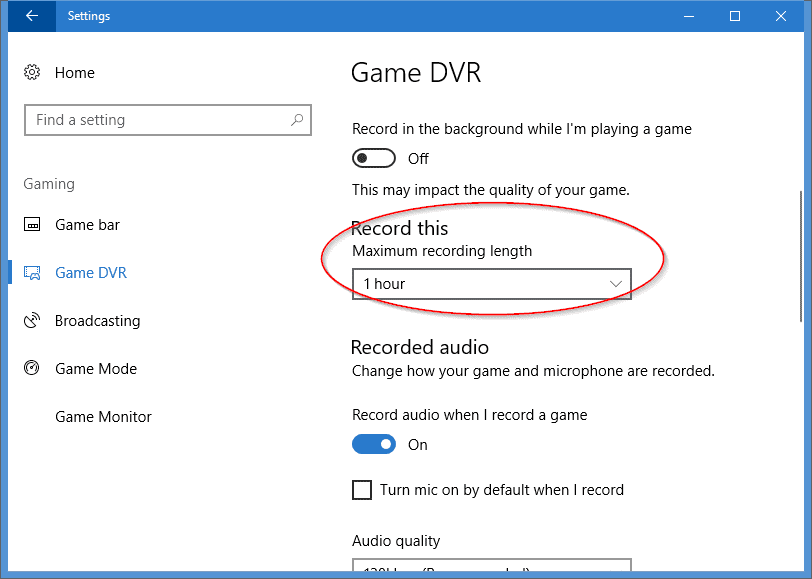 While it’s a very nice feature to have in Windows 10, it also requires some specific hardware to be able to do that. If the Record button is grayed out on your computer after you press Win + G key, that’s because your computer doesn’t have minimum video adapter required installed. Apparently, you will need to following Video Adapters installed to be able to enjoy the built-in screen recording feature.

And if that’s the case, check out these 6 best free screencast recording tools. One of them will perfectly fit your needs and do all the hard job for you.