I am a heavy screenshot person who does a lot of screen-captures throughout my day. I am also growing very interested in doing more screencast as well. Something in between, an excellent tool that captures your screen motions with animated GIF would be nice.

Here are 5 of these tools for you to check out. It all works on Windows and are free of charge.

Cropper is an open source screen capture utility that with the help of a community plug-in lets you output the result to Animated GIF format. You need to install Cropper first and save the plug-in content into Cropper’s plug-in folder.

For details on how it works, check out our review on Cropper.

Recordit is cloud-based screencast tool with support of GIF. It has a desktop client for both Windows and Mac. It’s a very simple tool that captures a region of your screen and uploads the result to their server. You can review the output right in the browser. It’s free to record up to 5 minutes of content. It’s more than sufficient for a GIF, I believe.

ScreenToGif is another open source tool designed just for one purpose, record a selected area of your screen and save it as an animated GIF file. What’s nice is that it’s portable. 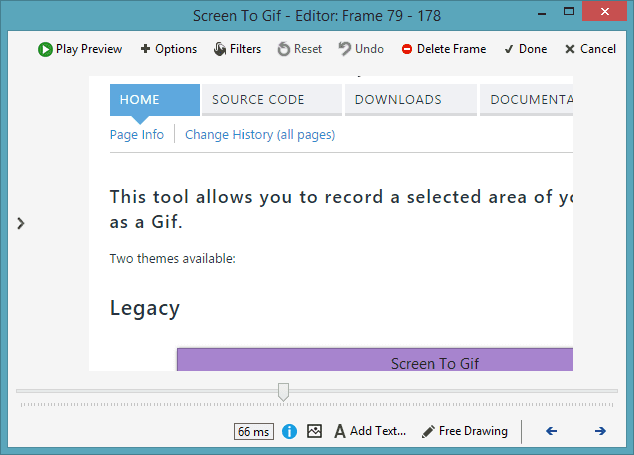 It looks just like another simple tool but comes with a bunch of nice features that many others lack, such as:

LICEcap is an intuitive but flexible free tool designed to be lightweight with high performance. It supports not only GIF but also its own native lossless .LCF file format that is convertible to .gif later on. LICEcap is GPL free software, each download package includes the source. If you are interested in developing, maybe you can take look its source code and contribute some of your work to make this tool better. 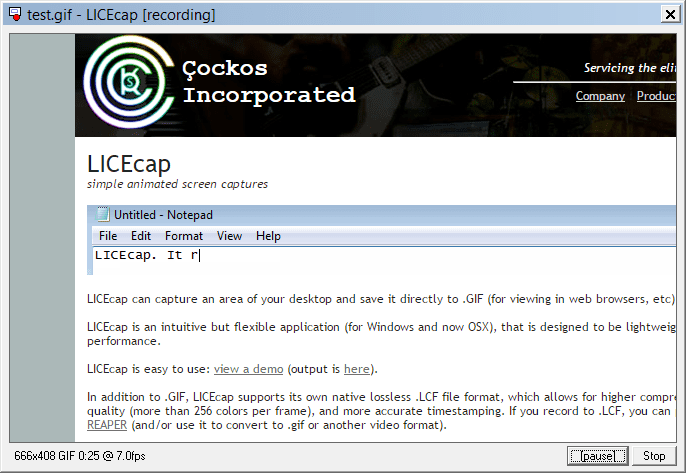 Techsmith’s Snagit is an awesome screen capture tool but it’s not free. With this cool Techsmith Snagit Extension for Chrome, you can actually enjoy its functions for free, take screenshots or screen recordings of anything on your screen including your browser, desktop, and applications you have running.

The Techsmith Snagit Extension for Chrome is no longer available in Chrome app store. 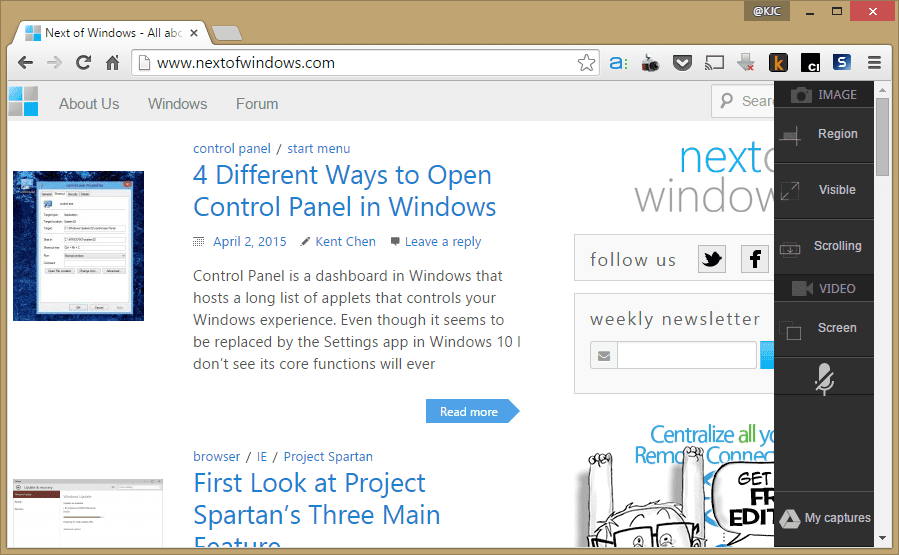 That’s it for now. Enjoy and happy screencasting.

GifCam is a new tool we discovered recently. Probably by far the best and easiest tool to use to capture an animated gif from your computer. The entire app is essentially an adjustable transparent window. Anything within the viewing area will be captured. It’s extremely intuitive to use. 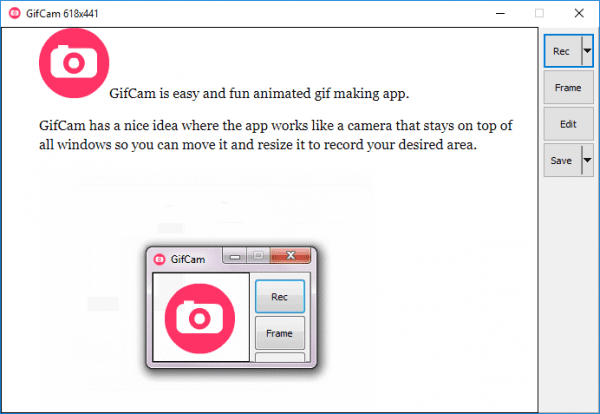 Better yet, GifCam also lets you edit and do animation frame by frame. Requires no dependencies, no installer, it’s portable and ready to record animated gif screencast clips on demand.