You have a Gigabit network set up but never feel it’s fast as it should be. Transferring files between computers always seems to take longer than usual. So how can you tell if you are really utilizing the most capacity of your network? And how can you measure your network performance in a way not just based on the feel but in real numbers?

Here are 4 free portable network tools that can help you measure and benchmark your network speed performance. 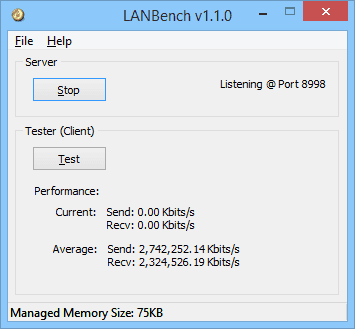 LANBench is a simple LAN benchmark tool designed for TCP network performance between two computers. You will need to run the tool on both ends of the computers to test the speed performance, one running as Server listening at port 8988 and the other running in client mode. You will need to configure the Server IP on the Client computer to tell the tool which computer to look for connection. 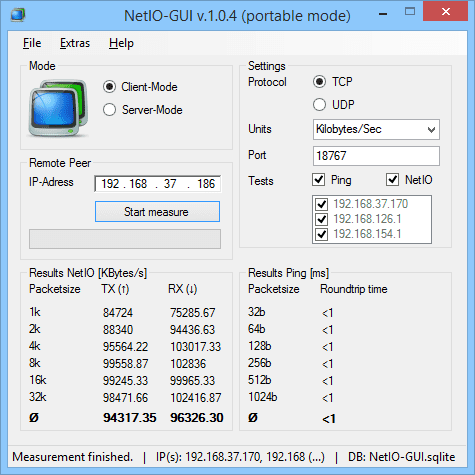 NetIO-GUI is a Windows GUI version of the multiplatform command utility netio. It’s designed for measuring ICMP response time and network transfer rates for different packet sizes. All results are saved in a local SQLite database file so you can check the comparison easily later on.

You need to run NetIO-GUI on two computers to measure the network speed in between, one run as Server-Mode and one as Client-Mode. The results can be reviewed from Result database from File menu. 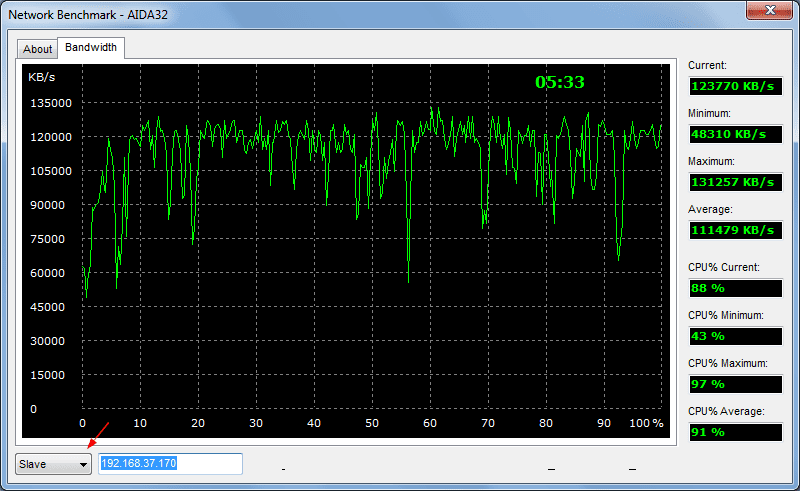 AIDA32 is a very popular system information tool that also come with a few plugins that do benchmark. One of them is designed for network to measure the performance of TCP/IP networks in a master-slave architecture between 2 computers.

Launch it from Plugin dropdown menu in side AIDA32 utility. Same as the tools mentioned earlier, you need to run it on 2 computers, one as master and one as slave. 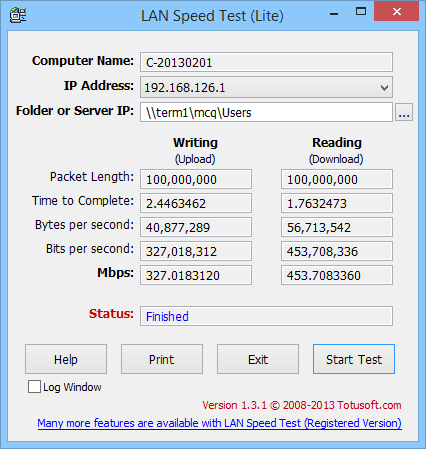 LAN Speed Test is one designed for measuring file transfer, hard drive, USB drive, and LAN speeds on both wired and wireless network. It does so by building a file in memory, transfer it both ways while keeping track of the time, then does the calculations for you. It’s quite easy and simple tool to use.

One thing I want to point out is that there is no such a network that can run at its max designed capacity. So no need to feel bad if the test result only show you are using 60% or 70% of the full capacity. There are many things that could affect the real transferring speed. I would be happy if the result reaches to around 70%.

Among these 4 tools listed, only LAN Speed Test doesn’t require to run on both computers. Personally, I used it much more often than the other as I can simply use it to test the speed between one and many others without running it on any other ends.

Find Out Your Disk Read and Write Speed

How To Tell Which Version of .NET Framework I have on...

Making Any Window On Top and Transparent with WindowTop