We’ve covered quite a few post related to Wake-On-Lan. In today’s post, we are going to cover how to wake up a Windows machine from a Mac and vice versa, waking up a Mac machine from Windows. If WOL concept is new to you, you should check out what it means to wake up a computer from a local network.

How To Wake Up Windows Machine From Mac

It’s pretty straightforward, we just need to grab a GUI tool for Mac that will send the magic WOL packets through your local networks. The best GUI tool I found is called WakeOnLan. It’s very simple to use. After you download the app, run the app, it will auto scan all the available devices from your local network. It will try its best to associate and discover the device type, in the case when it couldn’t tell what kind device they are you can manually configure and set their device type. But this isn’t a required step to make it work. Once you find the target Windows device with matching IP address and Mac address, hit “Wake Up!” will send the WOL magic packet to that device and if your Windows machine is configured properly, it will start up.

How To Wake Up Mac from Windows

There are more tools to choose from to send WOL magic packets on Windows than Mac, but it doesn’t mean they are better than the Mac. From couple utilities I’ve tried, they are not as easy to use as Mac’s WakeOnLan. Simply the auto discovery feature is slow and not robust enough to find the target device without manually input their IP and Mac address.

We have covered tools here and here on Windows for this to work, the important thing to remember is to make sure you have the correct settings on your Mac to accept WOL magic packet. 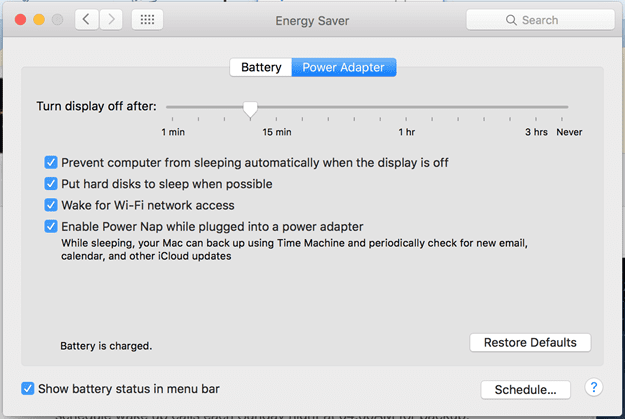 If your Mac asleep, sending a magic WOL packet would wake up the Mac, however, if your Mac doesn’t have an Ethernet connection then when it was completely powered off you will not be able to wake up the Mac. Keep in mind of the use cause and their limitations when use this to wake up Mac.

That’s it, this is how you can wake up Mac or Windows from each other with WOL packets. Of those aren’t the only solution, at the end a command line tool would be sufficient as long as you know the target device’s MAC address.