If you are one of those that like to move your User Profile to a different partition or hard drive then this tip is best suitable for you, especially if you have a SSD as your primary boot disk. One of the many reason why modern browser are so speedy is because they use a large number of cache file to stored on your local hard drive to make access to the most frequent website even faster. Chrome is arguably the fastest in terms of launching and page loading and tab opening. But if you are like me, having your user data moved to a different location (ex. an other hard drive) and have the main program is running on a SSD. Then you are not fully maximize the speed that you gained by running programs off SSD, because when Chrome try to read/write cache files, the OS still interacts with the slow hard drive.

In my case, I want to move the cache file to SSD. Step 1. Go to Chrome’s Properties menu 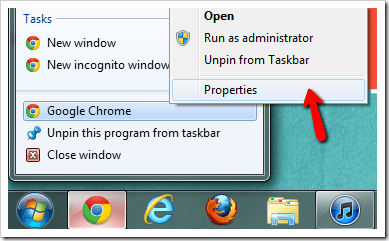 Step 2. Add the following parameters at the end of the target option. Here as an example the new location will be C:\Google\Chrome you can however change to whatever you want. 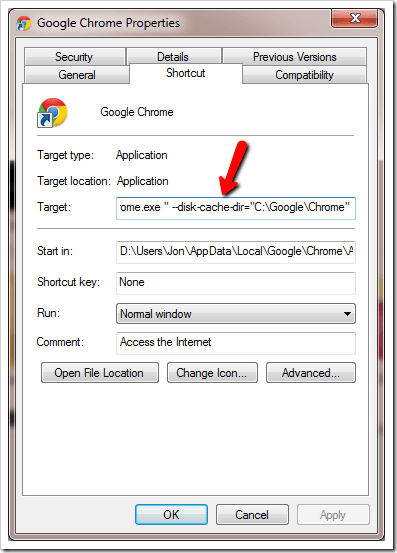 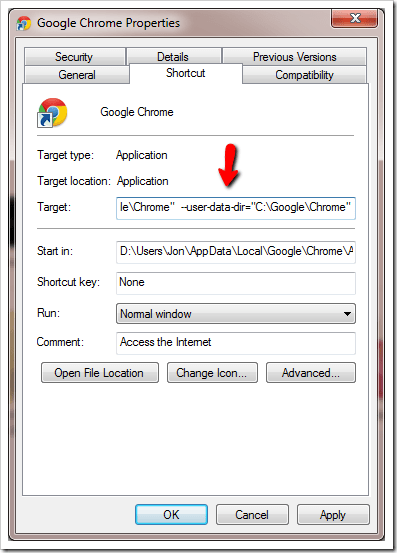 Now close Chrome and restart again, you should see the newly created directory that contains your new cached file. 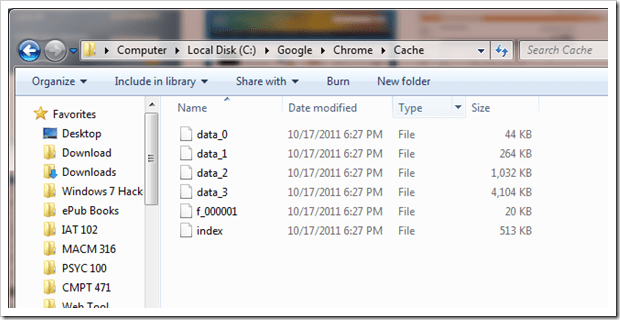 By doing so you have just relocated the cache and user data file in Chrome. This sure improved the speed on my system, give it a try on yours.