Realtek is the biggest audio driver provider for PC. If you have a traditional desktop tower chances are your motherboard relays on Realtek’s driver to output sound to external speakers and headphones. In Windows, Realtek considers both the Back Panel and Front Panel’s analog audio output to be the same audio stream. Meaning, when you choose the playback device from the Windows audio “Select playback device” it is under “Speaker” for one audio stream among other audio outputs depends on your device’s capabilities such as Digital Output (Optical) and HDMI Output.This begs the question if that’s one audio stream, how to switch and choose which output to play the sound without physically plugin and unplug the aux cable every time when you want to switch to a different audio playback device. 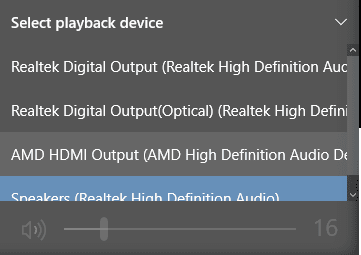 How To Switch Between Headphone vs Desktop Speaker Audio

In the case that Windows’s speaker UI doesn’t let us choose between the back panel vs front panel’s output. Given you have both plugs connected to an output device, notice the green plug will appear not greyed out. Launch “Realtek HD Audio Manager” from the Start Menu and go to “Device advanced settings” at the top right corner. 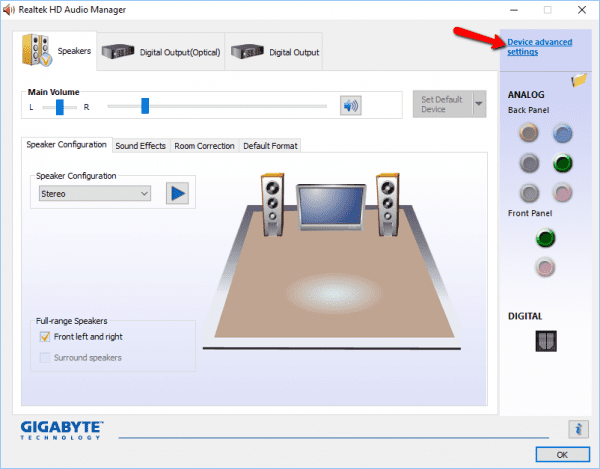 Under the Playback Device options, you can choose between “Mute the rear output device, when a front headphone plugged in” or “Make front and rear output devices playback two different audio streams simultaneously“. 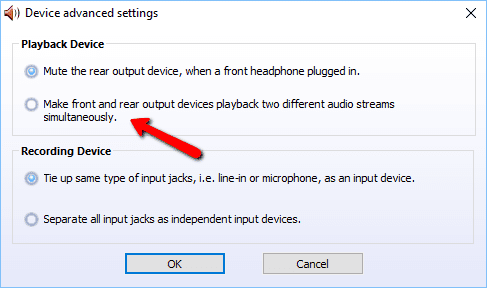 Select the latter, if you want the speaker from the back panel to play audio while the front headphone is also playing. Toggle between the two settings to choose which device playing which audio output all right inside the PC without physically unplug or plug-in the aux cable from the front panel of your desktop tower.

VLC 2.0 is Released, New Look with Tons New Features and...

How To Upscale Small Picture with High Quality on Windows